In the inaugural 2006-2007 season of the Lone Star Wind Orchestra, Andrew Trachsel was one of the organization’s first assistant conductors. He conducted on multiple occasions including stepping in for the ailing John Whitwell to lead the final concert of the season, “Pictures at an Exhibition.” Since that time, Andrew Trachsel has gone on to lead college programs like Ohio University and make his mark in the music industry as a respected conductor, author, and record producer.  He returns to the DFW Metroplex and the University of North Texas along with the Lone Star Wind Orchestra to lead the Lone Star Youth Winds during the 2019-2020 season (Visit the tickets page to learn more about upcoming Youth Winds concerts). 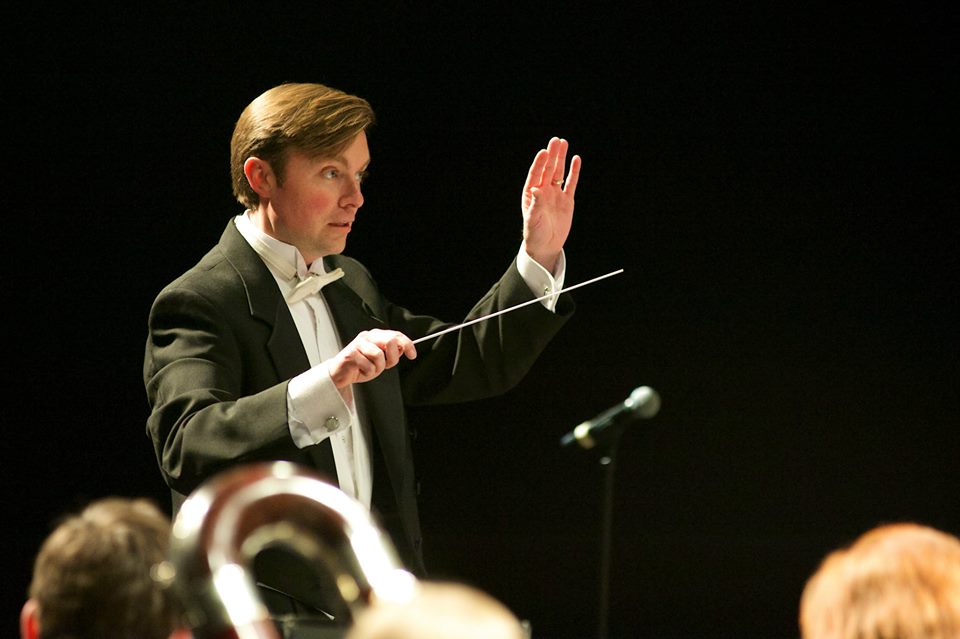 Andrew Trachsel serves as the Associate Director of Wind Studies and Associate Professor of Music in Conducting and Ensembles at the University of North Texas College of Music. He is the conductor of the Wind Orchestra and teaches courses in graduate and undergraduate conducting as well as the history and repertoire of the wind band. An advocate for new music, Trachsel has premiered, commissioned, or co-commissioned more than fifty new works over the past decade. He is interested in developing innovative programming through interdisciplinarity, culminating in the formal establishment of the Ampersand festival to explore new opportunities for authentic collaboration between the contemporary wind band and other creatives.

Prior to this appointment, Trachsel served as Director of Bands and Associate Professor of Conducting at Ohio University for eleven years. He was the conductor of the Wind Symphony, music director for the “Under the Elms” Summer Concert Series, Division Chair of Conducting and Ensembles, and Assistant Director for Recruitment for the School of Music. Under his artistic direction, the Ohio University Wind Symphony performed at numerous music conferences and venues, including the College Band Directors National Association, Ireland and Rome, and New York City’s famed Carnegie Hall. The Ohio University Wind Symphony released three commercial albums on the Mark Masters label, which appeared on national syndicated radio and on the Grammy Entry List.

In 2019, Trachsel was named editor of GIA Publications’ landmark Teaching Music through Performance in Band series after serving for fifteen years as the coordinator of research associates and as a contributor to eleven volumes. Trachsel is active internationally as a guest conductor, clinician, advocate, and recording producer, and holds professional or honorary memberships in a variety of music organizations at the state, national, and international levels. A native of Iowa, Trachsel received a bachelor of music education degree from Drake University, a master of music and doctor of musical arts, both in conducting, from the University of North Texas, where he studied with Eugene Migliaro Corporon and Dennis Fisher. Prior to his appointment at Ohio University, Trachsel taught in the Hugh Hodgson School of Music at the University of Georgia as an assistant director of bands and postdoctoral fellow, and for four years served as a public high school band director in central Iowa.