Back in April 2006, the Lone Star Wind Orchestra (LSWO) was founded with a dream of establishing a professional wind band, giving back to the community through music. Music changing lives became our mantra. When founders Barry Knezek, Robert Clark, and myself discussed conductors, the first name mentioned was Eugene Migliaro Corporon. 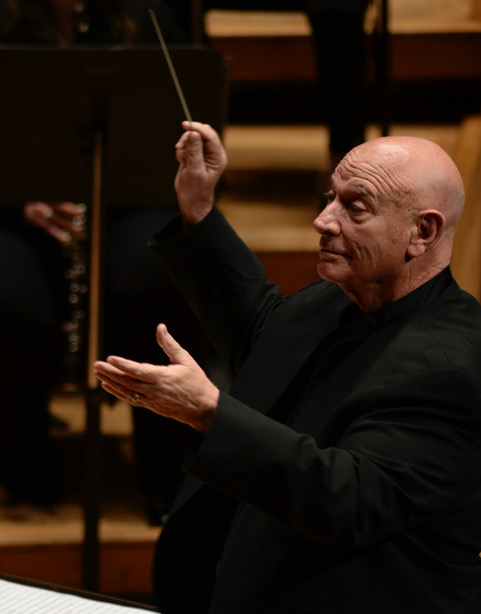 Corporon held deep-rooted ties with many of the musicians from that inaugural season – as colleagues and former students. Together, we produced two spectacular concerts, a commercial CD on the NAXOS label, and soon after, orchestrated our first convention performance at Texas Bandmasters Association in San Antonio. His artistry, passion, strength of character, and commitment led Eugene Migliaro Corporon to become the organization’s first and only Music Director.

With Maestro Corporon’s guidance and musicianship, the LSWO has produced over 40 concert performances, four commercial CDs, and five convention performances including the Midwest Clinic in Chicago and WASBE (World Association of Symphonic Bands and Ensembles). Eugene Migliaro Corporon has opened up new opportunities for the LSWO, building an impressive awareness of performance excellence in the wind band community.

On Sunday, January 27, 2019, the Lone Star Wind Orchestra will mark the 10-year anniversary of Eugene Migliaro Corporon as Music Director and Conductor. The program focuses on Maestro Corporon’s love of cars with works like David Gillingham’s Internal Combustion and John Mackey’s Redline Tango. The LSWO will give the world premiere of James Stephenson’s Concerto Grosso featuring four LSWO musicians. The concert titled “JoyRide” will be at the Eisemann Center in Richardson, TX. The concert starts at 2:30pm.

Please join us for this special concert and tribute, thanks to Marquee Sponsor Classic BMW.

Eugene Migliaro Corporon’s legacy goes back over 40 years. Here are some of those highlights and contributions to our wind band community: